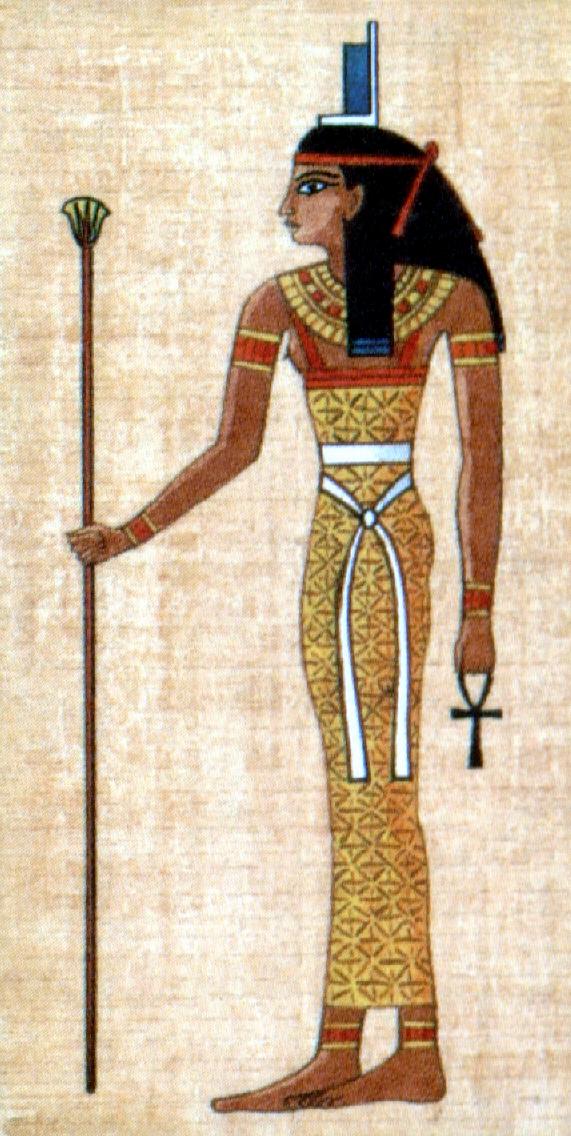 Parentage:
She's the daughter of Geb, god of the earth, and Nut, goddess of the sky. She's also the sister of Nephthys and Seth.

Consorts & Children:
She's the sister-wife of Osiris, and mother of Horus.

Depictions:
She's often depicted as a woman, wearing either a throne-shaped headdress or cow horns with a sun disk. Sometimes, however, she's also portrayed with wings, or sitting on a throne, nursing the newborn Horus.

Notable Stories Involving Her:
The most well-known story involving her recounts how she resurrected her husband Osiris after he had been murdered and dismembered by their brother Seth. She first gathered up the dismembered pieces and reassembled his body; however, since his phallus had been eaten by a fish, she used magic to fashion a gold one for him. Then, using magic taught to her by Thoth, resurrected him, and conceived their son, Horus. Afterwards, she fled to the marshes of the Nile Delta, where she gave birth to Horus and hid him from Seth, until Horus could reach manhood and avenge Osiris's murder.

Isis Around the World:
She's often equated with the Greek Hera, the Roman Juno, or even another Egyptian goddess, Hathor.